Almost 100 years ago, a major turning point was reached in terms of the life expectancy of diabetics around the world. Although diabetes had been known to the Egyptians since ancient times, its treatment had until then remained ineffective. In 1674, physician Thomas Willis nicknamed diabetes « The Pissing Evil ».

It was not until December 12th, 1921, with the discovery of insulin by Banting and Best, that a possible hope of a cure was finally born. The following year, Leonard Thompson, a 14-year-old boy with severe diabetes, was the first patient to benefit from an unprecedented injection of beef pancreas extract. 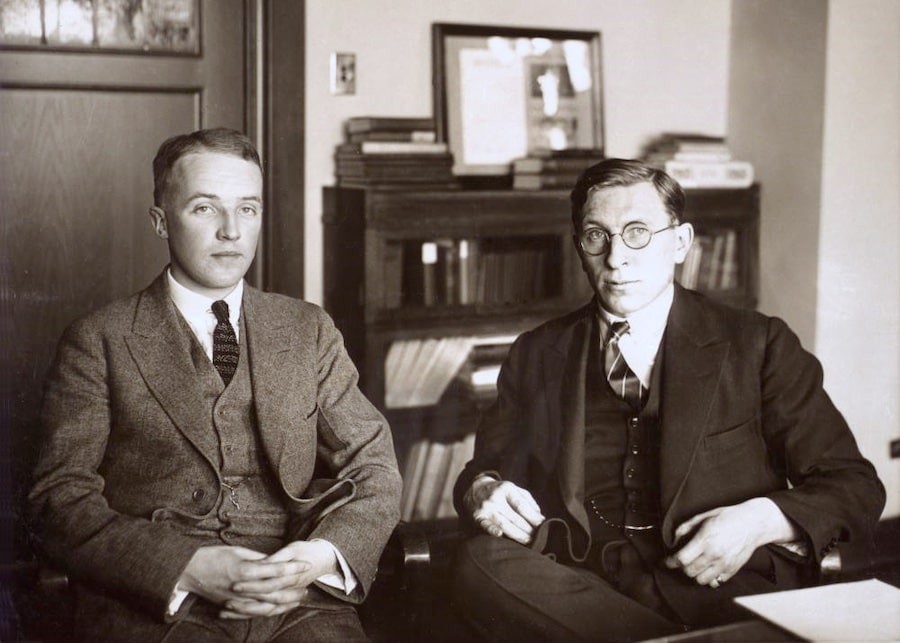 Insulin: a revolution in the treatment of diabetes

The sources and synthesis of insulin underwent a considerable evolution throughout the twentieth century.

Initially, the hormone given came from increasingly fine purifications of animal pancreas. Once optimal quality had been reached, researchers were able to concentrate their efforts on improving its effectiveness. In 1936, Hagedorn had the ingenious idea of combining insulin with a protein, protamine, and zinc. This new, slow-release insulin complex was then marketed in the early 1950s.

With the complete sequencing of the composition of insulin by Sanger, 1955 was a pivotal year in the development of synthetic insulin. Operational in 1975, medical manufacturing reaped the benefits of developments in genetics to grow, leading to the production of human insulin in the laboratory. With the ultimate goal still being to increase its absorption potential, the 1980s and 1990s saw the appearance of the first genetically modified intermediate- and rapid-action insulin analogues.

In parallel with these breakthroughs, insulin delivery devices have also evolved.

Treatment was only initially available in the form of syringes. Insulin pumps made their first appearance in 1963 thanks to Dr Kadish. From 1970, the system included a continuous subcutaneous insulin infusion. Later, it was also connected to a continuous glycemia monitor. Finally, in 1983, a pharmaceutical company introduced insulin pens to the market.

Oral insulin capsules are currently being studied and extensive research is being carried out into the development of an artificial pancreas. Insulin inhalation aerosols marketed in 2006-2007 were finally withdrawn from the European market 10 years later due to their low efficacy.

Future prospects are aimed at increased miniaturization and maximum tolerance of the devices marketed, the aim being to guarantee people with diabetes the highest possible quality of life.

Get the latest information about Diabetes